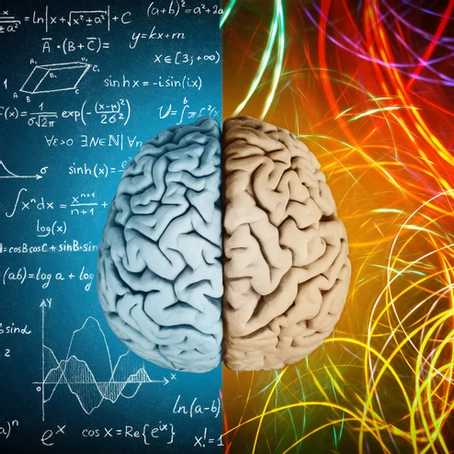 As a trained practitioner and researcher in the field of anesthesia and pain management, I have long understood the benefits of IV ketamine for the treatment of depression, anxiety, PTSD, chronic pain, and other mood disorders. Notwithstanding, I am equally aware that ketamine has created something of a hot debate among scholars, stakeholders, and psychologists. Why? Simple, ketamine is a dissociative and falls under the class of “hallucinogen” because usage can distort perception of sight and sound and produce feelings of detachment – dissociation – from the environment and/or self. Of course a number of drugs are capable of such action, but dissociatives are unique because they produce hallucinogenic effects, which often include sensory deprivation, dissociation, hallucinations, and dream-like states or trances. If you know anything about ketamine, you have probably read or heard something about the possibility of disassociation. So what is the problem? Well, the idea of disassociation makes us uncomfortable, and for good reason. Anyone who has concerns about a drugs ability to cause feelings of disassociation is concerned about misuse and abuse. That is what the controversy boils down too. How, do we provide therapeutic and effective treatments to patients that do not open the door for abuse and misuse? Let us start by unpacking disassociation.

So what is disassociation exactly? According to Stanford researchers, “Dissociation is a phenomenon in which people can feel disconnected from their bodies and from reality.” In psychiatry, it is well understood in psychiatry that, "dissociation is a disconnection between a person’s thoughts, memories, feelings, actions or sense of who he or she is. This is a normal process that everyone has experienced. Examples of mild, common dissociation include daydreaming, highway hypnosis or “getting lost” in a book or movie, all of which involve “losing touch” with awareness of one’s immediate surroundings."

During a traumatic experience such as an accident, disaster or crime victimization, dissociation can help a person tolerate what might otherwise be too difficult to bear. In situations like these, a person may dissociate the memory of the place, circumstances or feelings about of the overwhelming event, mentally escaping from the fear, pain and horror. This may make it difficult to later remember the details of the experience, as reported by many disaster and accident survivors.

Dissociation is something we all do, and it is a necessary part of our own survival system. This, of course, becomes a problem when our survival mechanisms become a learned behavior or pattern that we cannot separate from everyday experiences. For example, a common marker of PTSD is dissociation, which, is essentially an involuntary escape from reality. PTSD sufferers relive trauma on a daily basis and therefore, as part of the brain’s survival mechanism, seek disassociation that becomes a patterned behavior that is difficult to break.

With this knowledge, it is not surprising that disassociation is a concern. So where does that leave us?

Researchers use ketamine to study disassociation

Well, researchers at Stanford are seeking to better understand disassociation because the goal is to develop “better-targeted therapies for conditions such as PTSD and other disorders in which dissociation can happen, such as borderline personality disorder and epilepsy.”

The connection: they used Ketamine in their study! According to their report, “The scientists probed the effects of ketamine in mice. The drug is known to induce dissociative states in humans. Mice can’t describe their feelings. But at the right ketamine dose, they behaved in a way that suggested they were experiencing a kind of dissociation — a disconnect between perception of incoming sensations and a more complex emotional response to those sensations.” The results! They identified a protein that could be a potential treatment target. “The researchers used optogenetics, a technology enabling scientists to stimulate or inhibit neuronal activity using light, to stimulate neurons in mice’s equivalent of a posteromedial cortex. Doing so at rhythms of 3 hertz could induce dissociative behavior in drug-free animals, the researchers found. Further experiments showed that a particular type of protein, an ion channel, was essential to the generation of the 3 hertz signal and to the dissociative behavior in mice.”

Stay with me here. You see, because disassociation is part of so many kinds of disorders, being able to identify the point of origin and the places of localized activity in the brain, more targeted treatments can be developed.

To further expound, researchers recruited a patient suffering from chronic seizures, who reported experiencing a feeling of dissociation immediately before each seizure. “The researchers recorded electrical signals from the patient’s cerebral cortex and stimulated it electrically to try to determine the point of origin of the seizures. Whenever the patient was about to have a seizure, the study’s authors discovered, it was preceded not only by the dissociative aura but also by a particular pattern of electrical activity localized within the patient’s posteromedial cortex. This activity was characterized by an oscillating signal generated by nerve cells firing in coordination at 3 hertz, or three cycles per second. And when this region was stimulated electrically, the patient experienced the dissociative aura without having a seizure.”

That is the key here! They were able to identify a point of origin and prevent the seizure.

It is true that a side effect of ketamine is disassociation. However, as of 2018, studies show, “there is an emerging rationale for a connection between the psychotomimetic or dissociative effects of ketamine and its antidepressant efficacy.” Researchers surmise that “Perhaps the experience of these effects simply un-blinds patients as to whether they are receiving ketamine or placebo in randomized trials; it may also be that such symptoms are only a “side effect” of ketamine’s mechanism of action. However, it is also worth considering that the psychotomimetic or dissociative effects associated with ketamine treatment are markers or mediators of subjective experiences of potential therapeutic value seen with other hallucinogenic agents.” This matters because ketamine is not addictive. Unlike opioids, for example, which also offer therapeutic pain relief, are highly addictive and vehemently over-prescribed. This is the not the case with ketamine. Sure, ketamine is obtained illegally and sold on the streets, but so is just about every other drug known to man. What is important to recognize is that a drug with true therapeutic value provided by an ethical clinician is the opposite of criminal. It is live-saving.

Moreover, it is critical to understand that the process of receiving ketamine for the treatment of mood disorders or chronic pain does not function like a typical care transaction between a doctor and a patient in the sense that a doctor writes a prescription and the patient fills it and manages their own care. IV ketamine treatment does not work that way. First, you must demonstrate a medical history and clinical need, and secondly, low-dose iv ketamine can only be administrated on site by a licensed practitioner who is obligated to monitor the patient through the entire process.

Ketamine is safe and beneficial

I have studied the benefits of ketamine for over 20 years and it is clear in the research that sub-anesthetic administrations of ketamine have been shown to markedly improve symptoms of depression and anxiety. I have written more extensively on the subject of how ketamine is safe and beneficial for the treatment of mood disorders and chronic pain, and I will reiterate this today: any medication can be unsafe if abused, and other medications are certainly less understood and studied than others, but Ketamine is well understood and there is a strong amount of research supporting its use.

We firmly believe that patient trust and comfort come first and we invite you to come in and see us for a consultation to find out for yourself if Ketamine IV Infusions are right for you.

If you would like to learn more about Avesta Ketamine and Wellness, please review our About Us page our Ketamine For Mood Disorders page. Also, follow us on our new Facebook page for updates, tips, ideas and more. 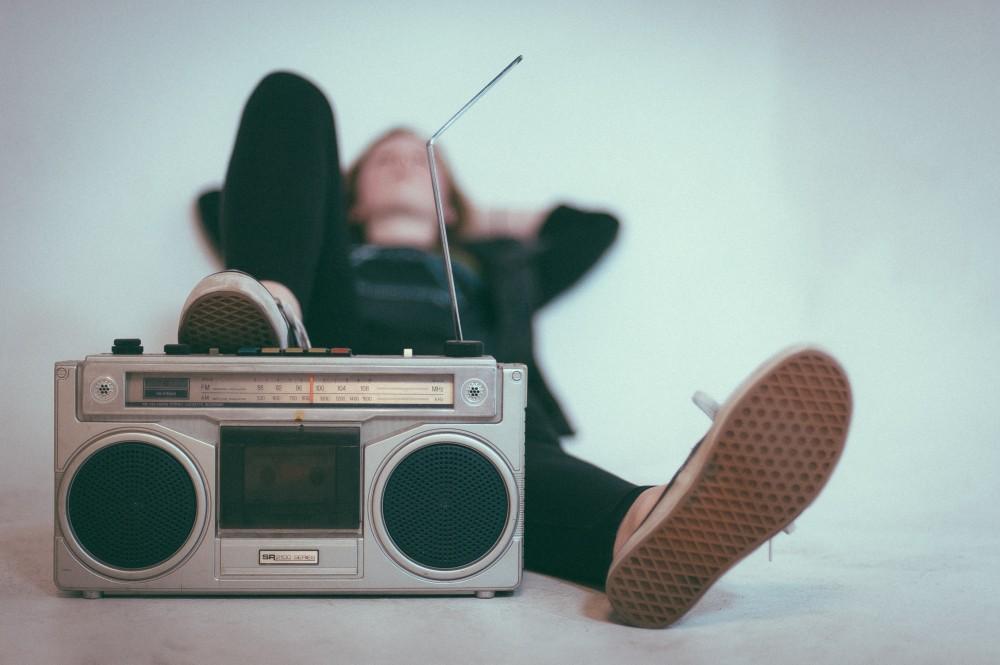 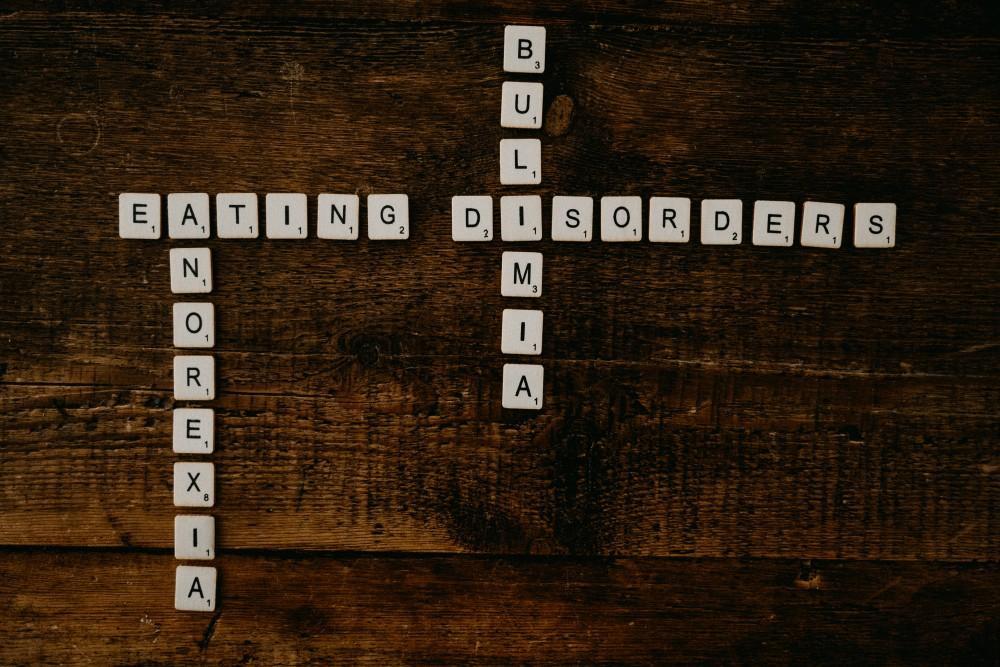 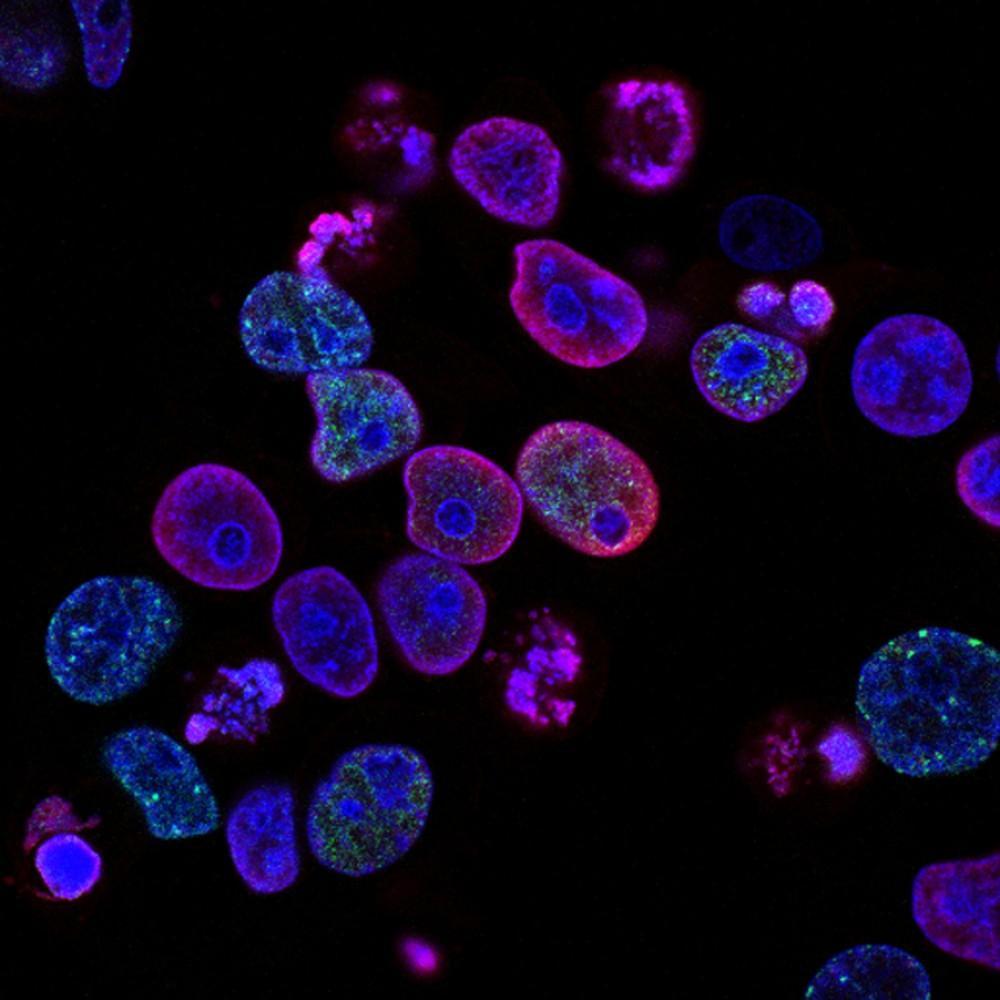 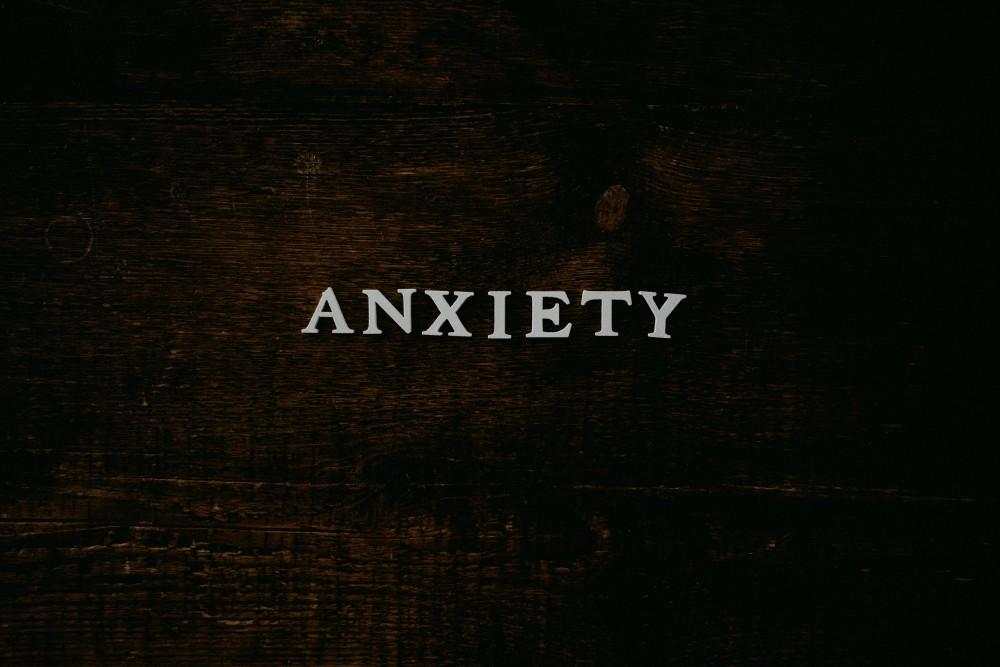 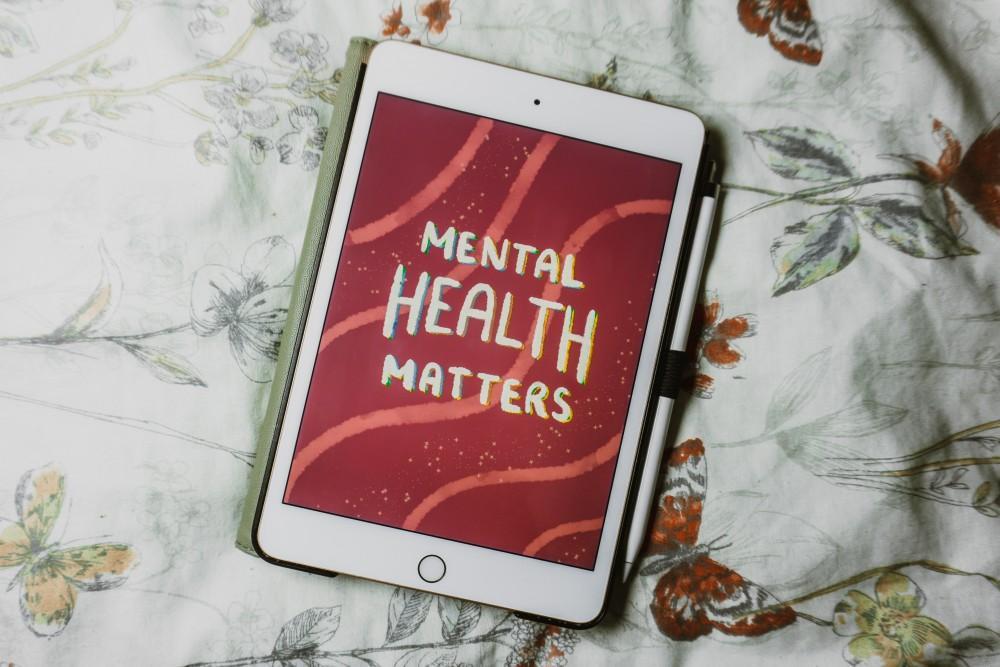 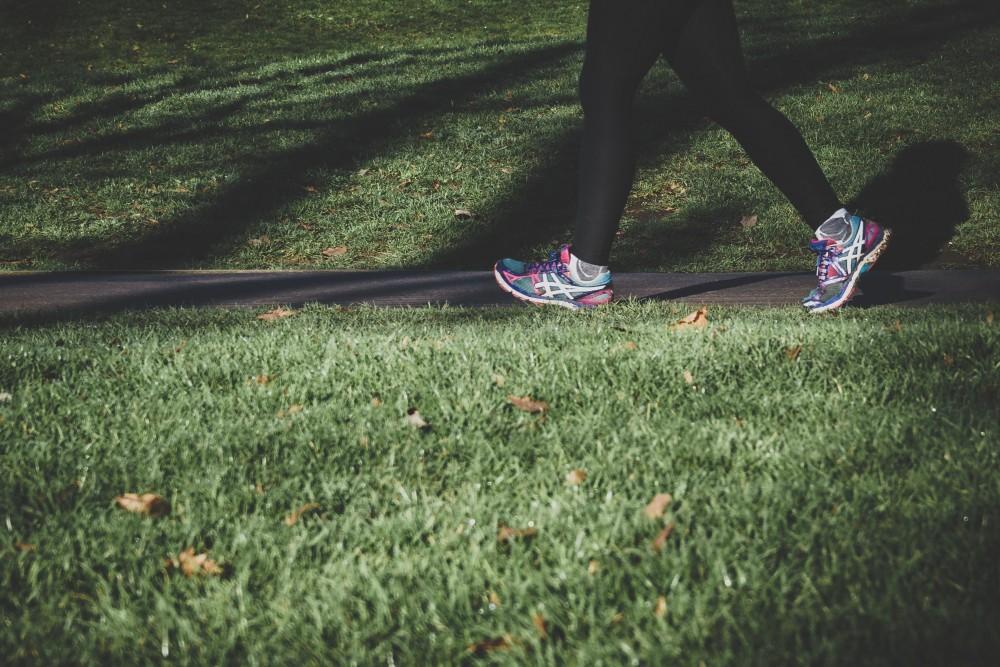